Why are my sockets / electrical outlets not working in one room? 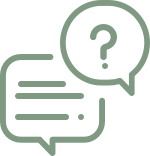 Nd electrical answered the question "Why are my sockets / electrical outlets not working in one room?"

If the sockets are not working in just one room it could be that room is on its own MCB and that might of tripped (kitchens are usually on their own MCB for example) If it has tripped, It could of been caused through a faulty appliance or wiring fault but that would likely trip the RCD aswell. Sockets not working could also be caused by break somewhere is the wiring whether it's been wired in a ring final, or radial circuit. There could be a faulty junction box somewhere that's causing the problem.

Integral Smart Home answered the question "Why are my sockets / electrical outlets not working in one room?"

There are several possibilities when sockets in a room cease to work. Sockets are most commonly part of a ring circuit most likely there is a break in the circuit. You will normally find the problem at the last working socket, the first non working socket or somewhere in between. This is something you shouldn’t ignore as it can lead to you overloading the circuit which can be dangerous. Get an electrician quickly to find and rectify the fault.

Electric Company answered the question "Why are my sockets / electrical outlets not working in one room?"

There could be a few reasons on why sockets are not working in one room it depends on how your house is wired up. If the house is on a ring circuit it could be dangerous due to all the sockets being underrated if the ring final circuit has a break in it. If the house multiple rings or radials it could be a fuse or a mcb or rcd etc that has tripped If the house is on radial circuits it could a break or loose terminal and the the circuit is now incomplete A local electrician would be able to investigate and fault find for you